Let me start by saying something provocative and controversial. Sugar is a drug. Yes it is a small white powder and can be passed off by unscrupulous drug dealers as Cocaine – that is how similar Sugar is to Cocaine. It is similar in other ways also. Sugar initially, for approximately the first 20 minutes following consumption – makes you feel great!

You can become addicted to its mood altering properties quickly but overdosing on Sugar happens slowly as you slip and slide towards developing diabetes. Most of us from time to time enjoy a sugary something but after a while that enjoyment can become a coping strategy. At this point, you are probably addicted to Sugar, that is – you are using a substance to deal with an emotion – said another way you are addicted or dependent on Sugar to control the way you feel.

If you have become addicted to Sugar, as in, you cannot stop yourself getting that Mars Bar from the office vending machine between 3:30 and 4:00 each day – fear not, I’m here to help. I have some HOT TIPS … we will be employing the Harm Minimization approach to addiction. This means our goal is not an outright defeat – too much pressure, making defeat certain. We will be stealthy and our aim is going to reduce the harmful effects of being addicted to Sugar.

Unexpected Tip, but if you have a piece of cheese, probably not a big wop of deep fried chips, but maybe some guacamole – you will slow the speed of Sugar entering your blood stream. The success of these strategies implies you are trying to eat regular meals which may not be happening if you have a fully fledged addiction to Sugar.

The fat content of the food triggers a reflex in the pyloric valve of the stomach telling it to constrict the valve and slow down digestion. This is helpful because it begins to reduce to speed of Sugar from your mouth to your blood stream which in turn reduces the damage Sugar is doing to your vasculature.

No. 2 – BEGIN EATING A MEAL WITH SALAD

This one is not so much of a surprise but it reduces the potential Sugar damage because salad is largely soluble fibre which soaks up, just like a sponge, Sugar and starch.

Soluble fibre is the pulpy parts of plants. Some examples are beans, lentils, lettuce, cauliflower and broccoli. Soluble fibre will eventually break down in the intestines but it happens more slowly and thereby slows the rush of Sugar in to the blood stream.

No. 3 – HAVE A VINEGAR DRESSING WITH THE SALAD

More and more I am seeing wisdom in traditional patterns of eating and food preparation. So why do we ‘dress’a salad? Most salad dressing is made from an acid such as vinegar or lemon juice and a fat such as olive oil. So we have potentially some vinegar and some fat.

Vinegar or rather the Acetic Acid in vinegar has the interesting effect of deactivating an enzyme called amylase which is necessary to turn starch in to Sugar, which can easily pass straight through the stomach or intestinal wall in to the blood stream. So a vinegar based dressing will slow this down and also slow down the negative effects of too much Sugar too quickly. 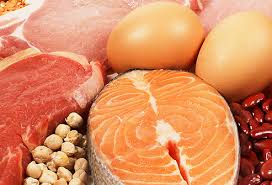 This one is my favorites and the most effective strategy to reduce a person’s dependence on Sugar to manage mood and feed hunger pangs. Eating protein assists the body maintain a stable blood Sugar level. Eating protein does not itself have any Sugar but what it does do is triggers a slower insulin secretion response earlier which reduces blood Sugar from spiking later. Also it reduces the total amount of insulin required to transform food into glucose, the form of Sugar the body is able to use. So if you are addicted to the Mars, have some protein first. If you do this, your cravings will reduce quicker and you will help yourself to be able to easily say no in one to two weeks. You just wont want it anymore.

So vegetables and fruit both contain soluble fibre, remember the positive effects of the sponge. Vegetables are better at blocking the speed of Sugar to the blood stream because they contain more fibre, more of a sponge, and less Sugar. Yes that is why most of us given a choice would choose a piece of fruit over a vegetable.

Word to the wise, don’t steam the buggery out of the vegies because they become all waterlogged and have less sponge capacity. My Grandmother used to boil potatoes till they quietly decomposed. Potatoes are not a great vegetable example, at this point – they are mostly starch vulnerable to the expedient effects of amylase which we countered with the vinegar!

No. 6 – GLASS OF WINE, YES YOU HEARD CORRECTLY

Glass of Wine – Just One!

OK so this one may come as a slight shock but one glass of wine with dinner will cause your liver to produce less glucose because drinking alcohol whilst eating temporarily stops the liver’s glucose production. Think it of it this way, your liver is busy breaking down the alcohol content of the wine.

One standard glass of wine, about 100mL, has been found to reduce the blood Sugar load of a typical serving of starch – think delightful potatoes boiled within an inch of their life – by about 25%. But like everything, this TIP works in moderation. It does not follow the bigger is better, go hard or go home approach. It is more taoistic in its effect. Catch the wind rather than control the wind.

No. 7 – EAT SWEET THINGS ONLY AS A DESSERT 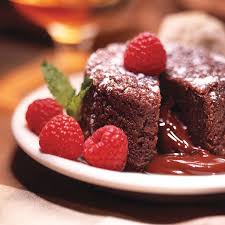 So truth be told, we are all going to quietly scoff Sugar from time to time. A coping strategy with such an immediate biochemical effect is tough to convince the body to turn off. Embracing the philosophy of harm minimization though – if you are going to ‘use’ the least damaging time to ‘use’ is after a meal where you have observed TIPS 1 through 6. If you eat Sugar at this time, it will not spike blood Sugar or insulin production and so you are relatively safe from increasing your exposure to harm.