This is the PART OF ME

That you are Never Gonna

Ever take away from me!

We all know about the Russell Brand debacle. I love a celebrity debacle because of course I am interested in the ‘deeper’ meaning of it all.

Like who is ‘Russell Brand’ in me? And who or what is my ínner ‘Katy Perry’? And what am I borrowing in the pair of them – as if they were a particularly absorbent or magnetic canvas – to project the ‘parts of me’ that remains a mystery?

Check this performance out …

You chewed me up

And spit me out

Luckily some self aware fan had the presence of mind and forethought to capture this performance on the old smartphone.

Maybe it was an i-phone. Apologies to the cooler, I mean crueler. You say tom-mart-toe … I say tom-may-toe …

You can see the Phantom Witness Consciousness capturing the essence of authenticity at the beginning of the clip.

I may have to deviate, temporarily for the greater good you understand, from the path of the righteous – my strict policy on ‘being in the moment’ rather than “watching the moment”.

I like this little diamond and will try as my meagre talent permits to shine its reflection directly in to your mind. I dig this event displayed for all upon the world stage because all the players that hold the world together are present.

We have the Observer filming the performance. Very important.

We have the Self delivering a sparkling declaration of independence in a blue wig.

You took my light …

You drained me down …

That was THEN, this is NOW

We have ‘the Other’ – the holder for the Form the Self takes – lurking somewhere out there in the audience. The Villain or as Clangers who cannot pronounce ‘v’s’ says – the ‘Willain’ – is played by the previously Drunken Pirate Russell Brand.

Hands up who has been involved in an emotionally abusive relationship? You know the kind where they, the loved one, your partner – s/he talks to you as though you were less than zero, left you feeling or rather not feeling – anything.

The Other – is the one you are looking at and the one who is looking at you. They are inescapably your reflection – they reflect to you, or said another way – what you see in them, is a perfect and exact reflection of your mind.

And so, Rusty whom we love to think of as rambunctious and dare I say it – ‘evil’ is actually a being of great compassion, honour and bravery. He has signed up in manner of Jesus to carry our ‘sins’ or the parts of us that indulge in self loathing and self hatred in a deeply and committed way.

The exquisite thrill of self destruction, and the illusion of nihilism – the promise of a way to live without any responsibility. Purification of the mind is the price paid by the free.

Now look at Me! I am Sparkling!

What to do with all this subverting the dominant paradigm – I cannot in good conscience leave you comfortably directing your personal power and authenticity towards the Spiritual Warrior and once drunk Pirate. This would significantly slow down planetary progress.

I am reminded of the story of how the Sixth Patriarch and Zen Master Huineng became enlightened. Huineng was born in to a poor peasant family and supported himself and his family by collecting firewood. One day minding his own business on the way to the forest he passed a Zen Monk in the village quoting the Diamond Sutra.

The Monk said, “Abiding in nothing, Let the Mind come through”. Huineng stopped in his tracks, backed up and asked the Monk how he may study the scriptures. This was somewhat difficult as Huineng had never learned to read. After a little scuffle with the business of living, Huineng discipled himself to the Fifth Patriarch and Zen Master Hongren.

A Firework of Dancing Flame!

One day Hongren became aware it was the moment to transmit the Dharma. He announced to a gathering of disciples a task. He said, “I would like each of you to compose a short poem to convey your view of enlightenment. If there is one among you who is truly enlightened, I will pass my robe and bowl to them”.

Huineng being of lowly heritage was attached to believing himself unworthy. Also he could not write a poem and so did not trouble himself with the task. This was quite different to the candidate viewed by all as being most worthy. Shenxiu quickly complied with expectations an penned his poem of enlightenment. He wrote …

“The body is the wisdom tree,
The mind like a bright mirror stand,
Always strive to wipe it clean,
Making sure that no dust lands”

You will never put me out again! I am GLOWING!

Shenxiu’s poem spread through the Monastery like wildfire with many disciples chanting perhaps smugly. It was in this way Huineng came to hear Shenxiu’s poem. He asked the Monk to show him where this poem was written. The Monk showed him and Huineng found himself announcing to all present, “Whoever wrote this has yet to attain enlightenment.” This shocked the Monk as Huineng could not read. 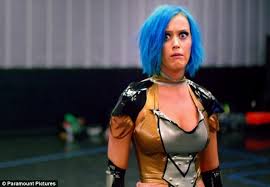 Huineng continued on having found his voice and said, “Sometimes the lowest person has the highest wisdom and it is the highest person who has the least knowledge and understanding”. Huineng then asked the Monk if he would write his own poem on the wall next to Shenxiu’s. The Monk acquiesced. Huineng through the hand of the Monk, wrote … 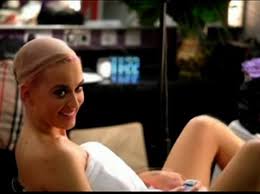