Most of our relationships are defined by one game or another. You know the kind of game to which I am referring – it goes something like, “Mine is bigger than yours” or possibly a close cousin, “I am better than you … at everything”. 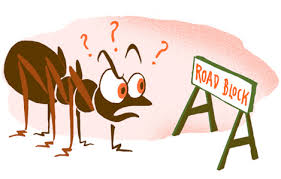 Describing relationship patterns – as games is a neat idea first put forward by Psychiatrist Eric Berne – in the 1960’s. He suggested that most of us learn to do relationships according to a ‘game’ or a kind of prescribed set of rules that defines how we relate to each other.

The upside of the games we play, is we know where we are with the other person and we feel the illusion of control – the downside is, the game limits who we can be with another, who we can be with ourselves and who we are ‘seen’ to be in the world.

So playing a game in a close relationship with another is a serious obstacle to living the Authentic Life. There is much more to say on this. If I have a spare moment, I will round up an Amazon link to Berne’s best selling – ‘The Games People Play’.

In the meantime – here is a cute miniscule moment about the downside of being competitive.