Once Upon a Time …

OK so I have been turning this over and over in my mind searching for the elegance of simplicity required – even essential – to transmit the necessary from my mind to yours, but I keep balking at the gates. Thought it was a ‘timing’ thing, but last night I dreamed I found a Shamrock, a Four Leaf Clover.

Then this morning while I was fossicking in the wood pile for choice morsels to feed the fire, I found sitting there large as life – a Four Leaf Clover, a dreaming loop – a door to the Other World. So, I knew the time had come … to begin wording my way to the Authentic Self.

Seeking the Authentic Self promises much, it is the ultimate Treasure Hunt for the prize, once secured gives enduring liberty from the attachments of the mortal coil, fabulous wealth, a peace that cannot be taken and mastery over yourself and the world or so the story goes. Tempted? Cynical? Excellent – well begun, we might be half done. Before we take the first step, a quick safety talk to ‘the Intellect’ …

I could feed you definitions, reading material [Eckart Tolle is the most recent Rumplestilskin, spinner of the Gold] but, as I am certain you will find shortly, too much mental baggage is a negative. Intellectual weight will not help. Travel light. Take curiousity and some courage, even skepticism but drop below the part of the mind that pesters and pesters for an explanation before experience has clarified the question. 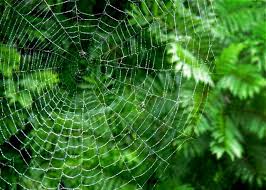 The Quantum Universe – A New World

The intellect has taken us a long way. It has reorganized our food and energy supply but it has also created enormous oppression with its ‘one size fits all’ mantra.

The Intellect, as powerful as it is cannot alone make provision for the diversity that is the signature of the Natural World because of its single minded focus. Intellect is like the best of men, can only focus on one thing at one time.

The Intellect, because of the way it holds focus, cannot solve the challenges the World, the Earth is going to face post the Info-Tech Revolution. Said another way, the same thinking that caused the ‘problems’ cannot also ‘cure’ them. They are coming ready or not.

Different kinds of Pioneers, Travellers and Scientists are needed because we are walking in to a New World. We are going to find ourselves living in a Quantum Universe, a sea ocean even of Information, where the laws of the Classical Universe break down or we will have to accept a life lived in Slavery, Oppression and the desolate unfulfilled meagre existence of the False Self, while the marginalised passionate Authentic Self dances in the Dreamtime out of our awareness, unconscious to us and beyond our grasp. Passion and inspiration will become distance memories belonging to antiquity. For some of us, they already have but feeling the pain of this is not altogether a ‘baaad’ thing. Pain is a signal there is something wrong and it will compel us to either begin, or get on with passing away.

We are going on a bear hunt, going to catch a big one. You say you are not scared. I will take you at your word, but we cannot go over it, nor under it, nor around it – must go ‘through’ it to find the Gold. To get there, sail the sea, balance in this new world, survive, live, thrive – it will be necessary to experience your way there. Thinking alone, will not work. We are going to need to remember how to do, what every child can, Dream.

And now we have arrived at the Gate. Here it is …

Have you seen this Gate before?

This is one of the Doors to the Other World, the Unseen, the Unconscious and for us born into the Matrix of the Western Mind – this is also a Doorway to the Dreamtime or the Quantum Universe. Curious? Intrigued?

So the tag the Intellect gives these images is ‘Rubin’s Vases’ or ‘The Figure-Ground Vase’ and it illustrates in an experiential way how the Brain organizes perceptual information depending upon which colour, black or white, you determine to be the foreground or figure and the background or ground. This is a concept taken from Gestalt Psychology – I will let you chase down the Wikipedia skinny to feed the Intellect.

The division between the Conscious and Unconscious Mind is similar to the perceptual illusion illustrated by the image of Rubin’s Vase. This division could also be completely arbitrary, the result of a decision or a habit. If so could just as arbitrarily – with awareness – change. So then, what is real? Am I looking at a Vase or Two Faces? Which is more real? My Conscious or my Unconscious Mind?

The Tardis – Spatial Illusion, Bigger on the Inside

And now to my Dream – a little message from my Unconscious Mind to you – it is short but a bit like the Tardis, bigger on the inside than it appears on the outside and can travel through time.

The Theatre: The Self being watched by The Other

“I am walking into a Movie Theatre. I have made a Short Film and it was accepted by a Film Festival. It is called ‘The Aperture and the Big Black Camera’. I take my seat in the theater. There is no one in the seats, the theater is empty. Just me waiting for my Short Film to begin. It has been shot in sepia. It is a western and the shot frames a small wood hut with a tin roof and rickety veranda. It is dry. The sun is setting. The wind is blowing sand and dirt from the right of the shot to the left. There is a person, sitting in a wheelchair hooked up to an IV line. They are sick and wearing a white surgical smock. They are someone I know. Male about 55 years old. They are a Scriptwriter in my life, however in my Short Film – they are a character. They say to the audience, me, “If you don’t like the story, write a new script”. The credits roll. The character is called “Me” and “Me” is being played by “I” “. 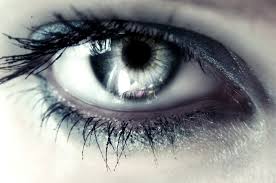 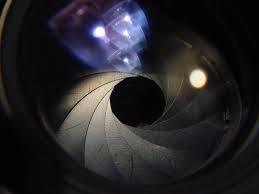